Meet Trish, a 30 year old female that has recently lost over 50 pounds in a little over 4 months.  Her highest ever recorded weight was 245 but she started The hCG Protocol on May 28th 2008 at 223.2 – she is self mixing using the sublingual method.  She is using information she obtained by doing research and finding herself on the Happily Thinner After website.

Trish, when did your weight problems begin?

They began after pregnancy.  I was so depressed with how I looked that I just began to eat more and more.

What other so called “diets” have you tried?

Name them I have tried them, Weight Watchers, Atkins, Low Calorie to name a few.

Did any of these help you to lose weight?

What was your health or condition before starting The hCG Protocol?

I was very tired all the time, low energy. I also was recovering from back issues.

How about your “mental” health?

I was very depressed. I felt like losing weight was a hopeless thought.

What made you decide to use The hCG Protocol?

I saw a couple on the Mike & Juliet show that had great success on it.  I immediately researched hCG on the internet and found many that were on The hCG Protocol with the same success as this couple (Ed and Jenn). I knew I had to give it a try!

What brought you to the Happily Thinner After website?

Are you following Dr. Simeon’s Protocol, or are you using another plan?

The thought of injections was a bit scary for me and I was willing to do it that way if I had to, but figured I would give sublingual a try.  I have had great results with sublingual.

What dose are you using?  Did you find you had to adjust your dose to achieve your “sweet spot?”

I am dosing at 150iu per day, I used that from the beginning and it seems to work for me.

Can you give us a breakdown of your rounds and the data to accompany them?

Has there been any health improvement since being on protocol?

My energy has increased tremendously! My back pain is completely gone. I now KNOW that I will be at my ideal weight very shortly.

Before protocol I did deal daily with headaches, been dealing with them my entire life.  Except for the first week of protocol, I haven’t had a headache since.

Do you feel that the protocol offers more than just “weight loss?”

I was recently looking at my before and after pictures.  I had an overwhelming sense of sadness.  Don’t get me wrong, I am very happy that I have lost this weight, but I didn’t truly realize how overweight I was because I had avoided looking at my reflection for years.  What I saw when I looked into the mirror was what I see today.  I knew I was overweight, but I really think I was in such denial to actually “see” the real reflection.  I seriously had tears in my eyes to think that I let myself go that far and get that heavy. I just looked so unhealthy with all that puffiness.

Today?  I feel like I’m finally becoming me again! The ME that I have always believed I was. I also look at those pictures and feel so grateful that my husband even loved me then.  It’s apparent that he loved me more than I loved myself!  This truly is such an amazing journey! I am so thankful to have found hCG.

Has there been anything that might be considered a “negative” in regards to you using The hCG Protocol?

I have noticed that I have to deal with my husband’s insecurities now.  LOL – but really, the answer is NO.  Everything has been positive.

HA!  You mention your husband insecurities, why do you think that is?

He says because I’m getting a HOT body.  LOL

So any side effects at all?

One thing that has been a bit of an issue and that is constipation.  It’s nothing major, more of an inconvenience.

Anything strange happen in relation to your body while on either of your rounds?

On my first round I had a 4.5 gain that was completely unexpected. I was having some great losses the week prior to this. I had to mentally tell myself that even with that gain, I was well within the average weight loss Dr. Simeons had mentioned. My losses after that continued at a steady pace the rest of that round and I ended the round with a 30 pound loss!

In my second round I found that my losses were going at a slower but steady pace.  There were a couple of times that I would hit a stall and at that point I would do a Modified P2 Egg day or a Modified P2 Steak day and that would usually get the weight moving again.

What tips or tricks did you use to help you with staying on protocol and continuing with your daily life and responsibilities?

Planning my menu ahead of time really helps.  Also, weighing and cooking my protein ahead of time worked really well for me.  When I cooked for the family, I would cook them the same protein I would be eating and then add rice or another vegetable to theirs.

I did find that if I waited till later in the day to eat that I was less hungry, and I must say, drinking lots of water helped!

Have you had to deal with naysayers?

At first my friends and family had some negative reactions.  All I did was give them “Pounds and Inches” to read and not mention another word.  Now, all of my family is on protocol!

So far there are 7 people that are currently on The hCG Protocol since I started. Actually my entire family is on The hCG Protocol!  I would venture a guess that as of the time of this writing that more than 130 pounds have been lost among all of them!

What is your goal?

80 pounds total, but that is arbitrary.

And again, how much have you lost so far?

How important have the forums been to the success of your experience on protocol?

The Happily Thinner After Community Forum is so much more than information, experience and support. It’s a place where I have formed wonderful friendships. I honestly do not know how successful I would have been without it! 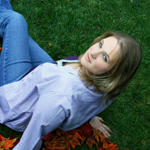 Trish says of the support she got using the coaching that is available by Biz at Happily Thinner After:

I have never felt deprived while following your suggestions.

I owe so much of my success to you! I don’t know where I would be today without you.I started this journey weighing 220 pounds and got down to 130 pounds! You have kept me focused on the goal all the while reminding me to enjoy life. You have taught me how to enjoy life while maintaining a healthy lifestyle. I have never felt deprived while following your suggestions.

Biz has not only helped me physically but emotionally as well. She has helped me get to the root of feelings that have played hand in hand with my weight. Thank you Biz! You know I love you.