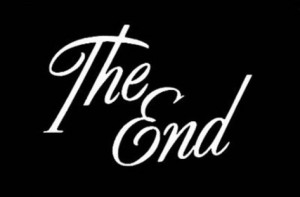 Like sands through an hourglass, so are the days of our lives. ~ Unknown

I can’t believe in just a few short months, I will have been involved with hCG for nine years!

And even though I have all this experience, I can still learn something new.

More about that in a moment …

Even though I have been less active online over the last couple of years, it doesn’t mean my research has stopped.  It’s in my blood.  I still search online daily. Recently, I checked if the hCG community is still active.

I could tell by my own GYTO and HTA forums the active participant numbers have been dwindling down.  To ensure it wasn’t only our site, I perused other sites and they are experiencing the same phenomena.

One in particular was a site I used to call home.  This very active and informative group launched in April 2007; I joined in May.  The group would accumulate over 5000 posts in a month, and often would get close or top the 10,000 post mark.  I don’t know what membership was then; however, today’s numbers boast over 30,000.

In mid-2012, I noticed an hCG interest slowdown. This group mirrors the same activity meter, so I know it wasn’t just me and my website.  Whew! At least I had that going for me.  ::giggle::

I mentioned this fact to an hCG friend and she said, “but that is when Facebook groups really started and everyone moved over to that platform” … yeah, I kind of agree and there is nothing with which to compare so that question will remain in cyberspace.

However, I can’t imagine EVERYONE would move over to Facebook. I have offline friends who won’t touch any social media, so I don’t think it’s just a case of moving to Facebook.

This led me to believe an interest in hCG had waned.

I have a few theories, but one particularly stands out and is precisely why The First Step eBook was created in 2013 (released in 2015).

My theory was in this day and time 500 calories was an unacceptable calorie count for consistent weight loss and long term sustainability.  And perhaps some had suggested hCG was way too difficult to follow, so people didn’t give it a shot.

My quest began to figure a way to increase calories, add fats making the diet easier to follow, and better suited to the lives we live today compared to 1960’s normal.

Later I would discover the backing for my reasoning and creating the eBook.

I love it when it happens that I am proven right.  HA!

Recently, I read something Dr. Simeons had written in the American Journal of Clinical Nutrition, September 1963*.  It is a letter to an editor responding to criticism of his protocol:

What so many investigators seem to overlook is that human chorionic gonadotrophin as such has no weight-reducing action whatsoever, nor has this ever been claimed to be the case. In fact, those quite exceptional patients who have the willpower to stay on a 500 calorie diet for forty days without human chorionic gonadotrophin often lose more weight than those who are receiving it; but they look drawn and haggard and regain their weight rapidly as soon as they stop dieting, because they have depleted normal fat reserves. The function of human chorionic gonadotrophin is exclusively to make drastic reduction over a short period of time safe, comfortable and entirely confined to abnormal fat deposits. It is the latter peculiarity which accounts for the relative ease with which patients can hold their weight after this treatment.

The bolded sentence above refers to my earlier reference — learning something new. Can you imagine Dr. Simeons stating it isn’t the hCG doing the weight loss.  Of course, it’s the lower calories producing the weight loss. However, it’s the hCG making it easy, quick, safe, comfortable, and targeting abnormal fat cells.

What that means is any lowered calorie count will activate the hCG to do its thing and attack abnormal fat cells.  Ah ha!  I stand vindicated!

So to answer the question: Has the hCG Diet met its end?

Not if I have anything to say about it!  I’m on a mission to bring it back to life!

Wait till I tell you about my latest experiment — hCG and High Fat!  ::giggle::

6 Comments on Has the hCG Diet Bubble Burst?