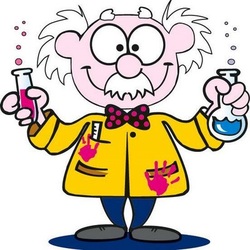 There is no such thing as a failed experiment, only experiments with unexpected outcomes. ~ Richard Buckminster Fuller

When it comes to nutrition, I am notorious for conducting experiments.

I scour the internet daily to see what new studies have been released; who has a new regimen for weight loss, and any new information on how our bodies work with the fuel we call food.

I receive hundreds of subscriber list emails which include information on anything and everything body-mind-spirit related to creating a healthier body.

When something tickles my fancy, I hone in on all the meaty parts ruthlessly trying to disprove what I am reading. Why? It’s easier to debunk something than to prove it, thus saving my time.

If the theory makes the first cut, the next step is gathering information on the subject (studies, research, books, blogs, etc). Rarely taking anything at face value and by combining and playing with patterns in each data set, I form my own theories. A preponderance of evidence must exist before I accept it.

The collated information is adapted into understandable theories and hypotheses allowing me explain it to others seeking a healthier path.

Next — I start experimenting. With myself! HA!

My theory control group always starts with me, the lowest common denominator. Most of my clients are females falling into the peri menopause, menopause and post menopause categories. With my being through them all, I am a good representative sample.

This initial experimentation time is several weeks. I journal extensively keeping data on several criteria in order to develop a sound plan. Once my theory and results show promise, I share it with others widening the test group. These are my Guinea Pigs. I didn’t come up with that … they did, so don’t shoot the messenger. HA!

Guinea Pigs have been a vital mainstay for my coaching development and I am grateful for each and every one of them. Without those willing to participate in my crazy schemes, I would not have gained the knowledge and understanding, or created the plans for losing and maintaining one’s weight.

Listed below are a handful of the experiments I have conducted and resultant plans and products created:

As you can see … my experiments never end … we are on a journey, not going to a destination. Why not consider joining in on an experiment by joining FitCamp Plus. They are always a whole lot of fun!

2 Comments on The Scientific Method of Nutrition