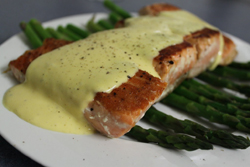 Change is the only constant. ~ Proverb

I hope your sitting down, this is going to be long.

I am going to ask only that you consider a change in view.  Let me explain.

But first, let me offer a caveat to explain my position.  I believe with all my inner being that if you follow The hCG Protocol exactly as written in Pounds and Inches by Dr. Simeons, you are guaranteed success.  I also believe that there have been a few acceptable changes that have proven successful in the six-plus decades since he wrote his manuscript … so consider just one more.

I am talking about loading.  To break it down simply, Dr. Simeons provides three important points about loading:

Ok, the above points are a given, and they make sense. First, if you were a new patient of Dr. Simeons and were of low condition (or yo-yo “excessive” dieting for a long while) he wanted you to eat to capacity for a week before you started treatment.  If you are in satisfactory condition, you can start treatment right away.  And then he gives examples of what he felt is optimal to load on.  Do you find it interesting, that with the exception of the pastries and bread that everything he recommends is high fat?

I know I don’t need to get into the whole “wheat thing” here.  If you haven’t already, do yourself a favor and read Wheat Belly by Dr. Davis or go to his website.  Things have changed DRAMATICALLY since the 50’s with our food, but especially with wheat, and I can’t help but feel if he were alive today that he would remove wheat from the equation, ok, story for another day.

My point, simply stated, is that he was of the opinion that loading should be predominately HIGH FAT.  Check.

He makes another interesting point: the whole gain is usually lost in the first 48 hours of dieting.

More and more I am seeing that clients that load with junk food (even GOOD junk food) are not losing their gains within 48 hours.  Now sure, I totally get that this whole loading with stuff that you are going to miss while on a round of hCG.  I get it.  And gosh, you should see some comments I see around HTA  justifying their right to eat what they want on load!  HA!  Really?  Load on what you want to load on.  If you want to spend 7-10 days getting off weight you already lost, then by all means go for it.  It’s not that big a deal.

I cannot claim to know all there is to know about how blood sugars/insulin work in our bodies (in other words, I am NOT a scientist or doctor), however I do know that it is a very serious problem.  I know that the hybrid wheat that is in almost everything today is causing major health issues, NOT just weight gain.

Oh no, it’s far more serious than that.

There is ample evidence out there that explain how insulin spikes are deadly.  LITERALLY deadly.

I am seriously frightened for people now that are eating relatively clean foods while on break and then choose to eat their favorite comfort foods for loading.  I am sure there is an even greater surge of insulin because your body is now used to leveling things out that this is a shock to the system.  I can’t help but feel they are setting themselves up for a heart attack or stroke.  30-60% increased risk for a spike over 140.  What is really amazing is that I can’t convince people to take their sugars after an indulgence of any sort of junk food, it’s like because they don’t know it’s not going to hurt them.

Recently I have lost 6 people in about 3 months (just lost two earlier this week in one day) in my social circle.  People I knew.  The age range was 37-70 (the last one was 70, before that the eldest was 63).  That ratio of people in just my own circle is high.  And they are young.  And all of them died of some sort of heart event.  I have to think that there is something going on that is much more insidious than “natural” causes.

I have a client in the medical profession that told me that over the holidays (where there is abundant wheat/sugar) there was a significant  rise of  MI’s (myocardial infarction’s – heart related events) in just one weekend at the ER where she works.  That is very telling.

More and more I am trying to convince my clients to load on clean HIGH FAT, one in particular took it to an extreme recently at the start of her latest round.  She had 4000 calories the first day of loading, that is seriously a lot of food, even HIGH FAT food!  Lost about 2 pounds the first day.  The second load day, about 3000 (she was seriously full already), another loss of a little more than a pound.  Within the first two days of her round she was already in virgin territory.

So, if having a heart attack doesn’t scare you enough to not load on wheat/sugar, then maybe being in virgin territory within two days of beginning a round sounds a bit better than waiting 7-10 to get there?

Got a question for you … if I came up with the perfect 2 day loading menu, would that be something you would be interested in?

26 Comments on Support: How to Load, or How Not to Load – That is the Question