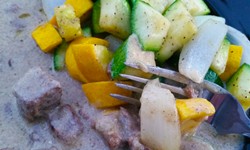 Who doesn’t like Beef Stroganoff?  I don’t think I have met a person yet.

Some interesting facts about this comfort food dish.

The dish originated in Russia, not in Germany like I originally thought.  Although the name is associated with Count Paul Stroganoff (Pavel Alexandrovich Stroganov), a 19th Century Russian Diplomat, the actual origins of the dish have never been confirmed.

The basic original recipe ingredients have not changed over time:  beef, mushrooms and sour cream. 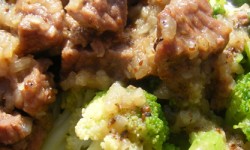 Sometimes on P2 we get the idea that food has to be bland and not interesting.  Why deprive yourself of a great tasting meal just because you are on P2?

Like the title says, this is easy peasy, and depending on what cut of beef you use, can be quick (some cuts might require more time simmering).

You can even cook this ahead and freeze in appropriate portions, and grab and go!  If you are looking for a place to fit some clean fats in, then a dollop of sour cream will go nicely with this.  Yum! 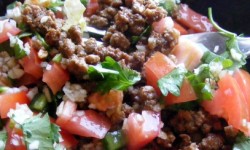 I call it a stall buster for P2.

No, not this salad per se, but this is one meal of the Stall Buster Routine.

When in a stall, this is my first line of defense. Now before I describe what the menu is for this stall buster, let me first explain what I consider a stall.  Even before that, let’s see what Dr. Simeons considers a stall:

…the weight has been stationary for at least four days without any dietary error having been committed.

In my coaching, I am a little bit more liberal with my […] 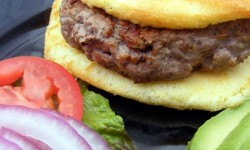 It’s officially fall and I should be concentrating on fall recipes.  However, it is also foot ball season and we love to grill, don’t we?  Hamburgers are always perfect for grilling, but who wants to just keep eating burgers without a bun?

Enter the Oopsie Roll!  That is a name made famous by a low carber from WAY back.  In reality, these rolls were developed by none other than the low carb king, Dr. Atkins himself, except he called them “Revolution Rolls”.  I spent a few minutes before I wrote this post to find the original […] 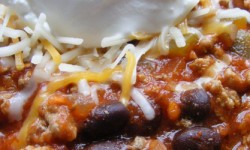 There are all sorts of recipes for chili’s available.  It’s a long standing recipe that people have made their own for decades.

I never liked chili growing up because I never liked kidney beans.  I didn’t realize until much later in life that chili can mean almost anything!

Over the years, I tend to enjoy white chili’s more than red, however, this is one that I always come back to.  But then again, I happen to really love black beans.  ::giggle::

What is totally awesome about chili is that even though it’s not “high fat” on it’s own, you can make it […] 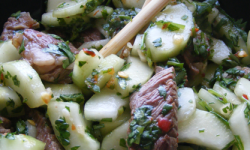 During my first couple of rounds, I followed The hCG Protocol pretty darn strictly, but that doesn’t mean I didn’t try to expand the rules a little.  HA!

Technically, cilantro is not listed in the recommend food list of Pounds and Inches.  But I knew I wanted it.  I wanted something to spice up my foods, and I missed it.

I did some extensive research about cilantro and figured that the health benefits outweighed any detrimental effects it might have had on The hCG Protocol.  Oh yeah, call it justification.

But seriously, Dr. Simeons does mention specifically that you are allowed […]